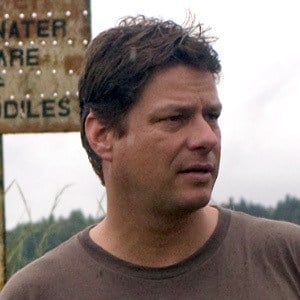 South African entrepreneur who is the founder of Green House Coffeeshop, a series of cafes with multiple locations in Amsterdam. He opened the first one in 1985. He is the owner of Green House Seed Co., a cannabis seeds manufacture and distribution company, whose strains have won over 30 Cannabis Cups.

He was a chef before he started growing marijuana.

He runs the documentary series The Strain Hunters - it follows him as he seeks out rare landraces around the world.

His wife is an architect and interior designer.

Arjan Roskam Is A Member Of