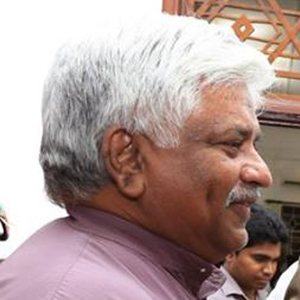 Former cricketer nicknamed "Captain Cool" who is widely credited with helping to make Sri Lanka a major force in cricket, captaining his country to victory at the 1996 Cricket World Cup. After retiring from the sport, he entered the political world, serving as the Minister of Highways, Ports & Shipping.

He played in Sri Lanka's inaugural Test at age 18.

He became the first batsman ever first to score over 4,500 ODI runs when batting in the fifth position.

He married a woman named Samadara and has a son named Dhyan.

He was teammates with Chaminda Vaas at the 1996 Cricket World Cup.

Arjuna Ranatunga Is A Member Of