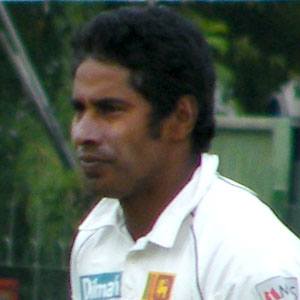 Retired cricketer widely considered the best fast bowler ever to come from Sri Lanka. He represented his native country at the Cricket World Cup four times from 1996 to 2007, scoring a hat trick in 2003.

He was born in Mattumagala, Sri Lanka and made his first-class debut with Colts Cricket Club in 1990.

He is one of very few cricketers to have scored 3000 runs and taken 300 wickets in Test play during their careers.

He and Muttiah Muralitharan are the first two Sri Lankans to have taken 300 wickets in Test play.

Chaminda Vaas Is A Member Of