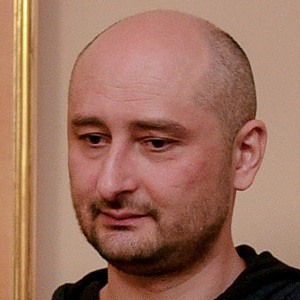 Russian journalist who worked as a war correspondent for over a decade before becoming a host on the TV channel ATR. In 2018, he staged his own death as part of an operation with the Security Service of Ukraine to capture real assassins.

In 1995, he enlisted in the Russian army while he was studying law.

He has authored numerous books including Alkhan-Yurt: Povesti i Rasskaz and Naskolʹko Svobodny Smi v Rossii?

He married a woman named Olga. They have a daughter named Yekaterina.

Anna Kasterova and Alvi A. Karimov are two other notable journalists who were born in Russia.

Arkady Babchenko Is A Member Of