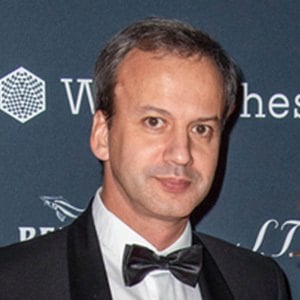 Russian politician and economist who is known for having served as Deputy Prime Minister from May 2012 until May of 2018. He is also known for having been elected as the FIDA President in October of 2018.

He attended Moscow State University and graduated within their department of Economics. He later attended Duke University as well in 1997. He started his career as the CEO of the Economic Expert Group.

He was born and raised in Moscow, Soviet Union. His father Vladimir was an international chess arbiter.

He is known for having served as Deputy Prime Minister as part of Dmitry Medvedev's cabinet, remaining a close confidante to the Prime Minister.

Arkady Dvorkovich Is A Member Of