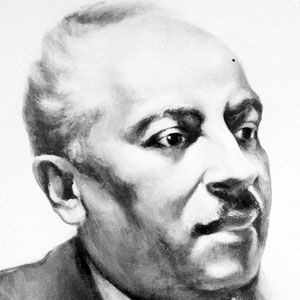 Poet and novelist who was active during the Harlem Renaissance and is famous for works such as The Story of the Negro and God Sends Sunday. He also earned great critical acclaim for his 1936 novel Black Thunder.

He studied English and history at California's Pacific Union College. Upon graduation, he accepted a teaching position at New York City's Harlem Academy.

His lack of substantial income from his literary career forced him to pursue a master's degree in library science. He subsequently worked in the library of Tennessee's Fisk University.

He grew up in the Louisiana home of Charlie Bontemps and Marie Pembrooke Bontemps. With his wife Alberta, he raised six children.

He was a friend of fellow Harlem Renaissance poet Langston Hughes. He and Hughes collaborated on a 1932 children's book entitled Popo and Fifina.

Arna Bontemps Is A Member Of