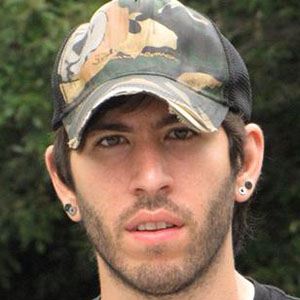 American rap-rock artist best known by his stage name, Deuce. He was a founding member of the band Hollywood Undead. In the band, he performed alongside Johnny 3 Tears, J-Dog, Da Kurlzz and Charlie Scene.

He released his first self-titled EP in 2005 and founded Hollywood Undead in the same year.

He launched a solo career in 2010 and performed at the Epicenter music festival in California.

His sister, Arina Chloe, began playing keyboard in his backing band in 2010.

He toured with Dizzy Wright in 2013 in the Fight to Unite tour.

Aron Erlichman Is A Member Of