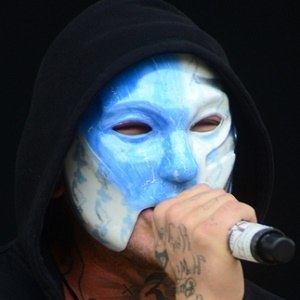 Known as Johnny 3 Tears of rap-rock band Hollywood Undead, which was formed in 2005. With the band, he's performed alongside Charlie Scene, J-Dog, Da Kurlzz and Deuce.

His and the band's debut album "Swan Songs" dropped on September 2, 2008, followed by a live CD/DVD called "Desperate Measures" in November 2009.

He named himself Johnny 3 Tears because he liked the name Johnny and he had previously been a member of a band called 3 Tears. He also had a black butterfly tattooed on his right cheek and chin as an ode to "Paradise Lost" by John Milton.

He grew up in Los Angeles and graduated from Second Street Elementary School. He has a wife named Asia, with whom he shares two daughters named Ava and Chloe.

His band's music video for the song "We Are" was directed by Shawn Crahan of the band Slipknot.

George Ragan Is A Member Of