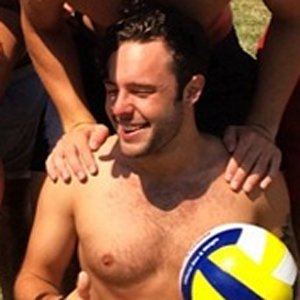 Soccer player and musician known for his 2014 single "I'm an Albatroz," which was popular throughout Scandinavia. He joined the Byttoprs IF soccer team as a goalkeeper in 2009.

He played soccer while attending Academy of Art University, which he graduated from in 2013.

In 2012, he came together with fellow professional Byttorps IF footballers Måns Harvidsson, Nicklas Savolainen, Andreas Reinholdsson and Rasmus Sahlberg to form the electro-hip hop group Albatraoz.

He was born Aron Michael Ekberg in Boras, Sweden. His sister Nora Ekberg provided vocals for "I'm an Albatraoz."

AronChupa Is A Member Of