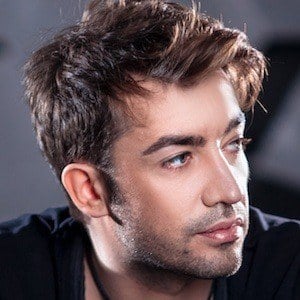 Moldovan pop singer known for his time with the boyband O-Zone, which was responsible for the single "Dragostea Din Tei," also known as the Numa Numa song. After the band broke up in 2005, he released a solo album called The 33rd Element and singles such as "Love Me, Love Me" and "Rumadai."

He joined O-Zone after Petru Jelihovschi left the band in 1999, leaving Dan Balan in need of band mates.

He came in 20th place in Eurovision 2006 while representing his native Moldova. He was the runner-up in the first season of Romania's Dancing With The Stars.

He and his sister grew up in Moldova, but his music career has taken primarily to Russia and Romania.

Arsenie Todiras Is A Member Of