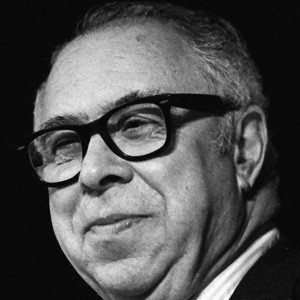 American humorist who wrote a long-running column in The Washington Post. In 1982, he received the Pulitzer Prize for Outstanding Commentary.

He served in the U.S. Marine Corps during World War II and subsequently studied at the University of Southern California on the G.I. Bill. He published his first literary work, Paris After Dark, in 1953.

He was elected to the American Academy and Institute of Arts and Letters in 1986.

He was born in New York City to Jewish immigrant parents of Austrian and Hungarian descent. He and his wife, Ann, later adopted three children.

He was able to interview the King of Rock and Roll, Elvis Presley.

Art Buchwald Is A Member Of