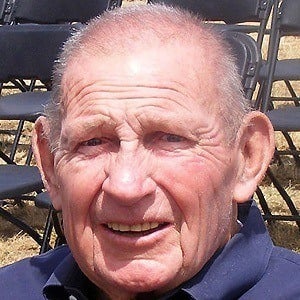 NFL defensive tackle who was inducted into the Pro Football Hall of Fame in 1968. He was nicknamed The Bulldog.

He served for four years during World War II with the United States Marine Corps and was stationed in the Pacific Theatre, participating in the Battles of Luzon and Iwo Jima.

He won back-to-back championships with the Baltimore Colts in 1958 and 1959.

He is the grandson of 1870s boxing legend, Professor Mike Donovan, and his father was boxing referee Arthur Donovan Sr.

His fame as a Baltimore Colts player was eclipsed by Johnny Unitas during the 1950s, 60s, and 70s.

Art Donovan Is A Member Of