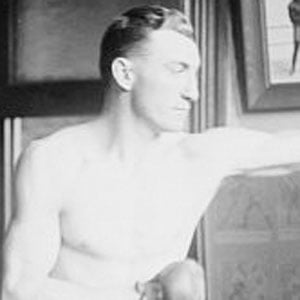 Bare-knuckle boxer of the sport's early era who was elected into the Boxing Hall of Fame. He compiled a career record of 25-4-7.

He grew up in a tough era, with bare knuckle boxing being the norm.

He was nicknamed 'The Professor,' for treating boxing like a science.

He had eight children with his wife Cecilia.

Mike Donovan Is A Member Of