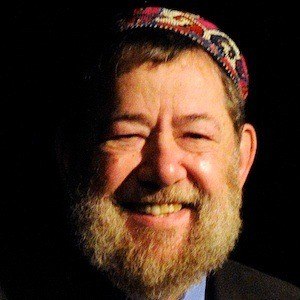 Author and scholar of Jewish mysticism and Neo-Hasidism who was written books such as A Guide to the Zohar and Radical Judaism: Rethinking God & Tradition.

He studied at Brandeis University and was later ordained as a conservative rabbi by the Jewish Theological Seminary of America in 1967.

He has served as the dean and the president of the Reconstructionist Rabbinical College.

He grew up in Newark, New Jersey with a non-observant conservative Jewish family despite the fact that his father was an atheist.

He is an influential Jewish thinker much like the founder of the Zionist movement, Theodor Herzl.

Arthur Green Is A Member Of