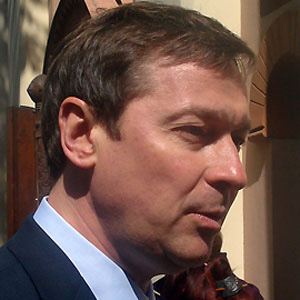 Lithuanian politician known for being leader of the political party YES. He was also the Mayor of Vilnius from 2000 to 2007.

He went to secondary school in Jonava. Later he worked as a reporter for Independent Television News as a war reporter in Iraq.

Arturas Zuokas Is A Member Of