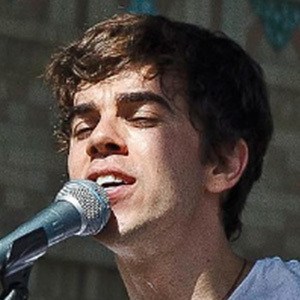 Pop singer and electronic artist who is best recognized for being the lead singer of the group Electric Guest. He is also known for his writing abilities and has composed music for several television shows including The Simpsons, The Cleveland Show, and American Dad.

He started his career producing hip/hop music in the Bay area. He then gained further attention after working with Danger Mouse when he turned 24.

He is known for having won a 2009 Primetime Emmy Award for Outstanding Original Music and Lyrics for his work with the The Lonely Island.

He is the son of theater director Tony Taccone. His brother is actor Jorma Taccone who appeared as cast member on Saturday Night Live.

He is known for having co-written and co-produced the song "Feel It Still" which he performed with Portugal. The Man in 2018.

Asa Taccone Is A Member Of