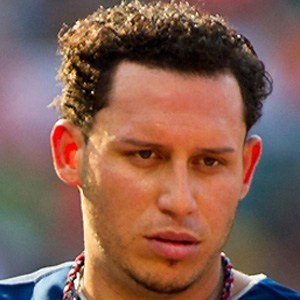 MLB shortstop known for his defensive prowess who was named to two consecutive All-Star games in 2011 and 2012 while playing for the Cleveland Indians. He won a World Series Championship as a member of the Washington Nationals in 2019.

He played in the Triple-A minor ranks before making his MLB debut with the Indians in 2007.

He recorded an unassisted triple play in May, 2008 and was named GIBBY's Defensive Player of the Year in 2011.

He has a son with his wife Lismar Cabrera.

Terry Francona became his manager on the Indians in 2013.

Asdrubal Cabrera Is A Member Of