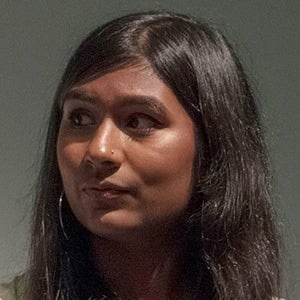 British journalist and political activist who is best recognized for having served as senior editor at Novara Media. She has written and published several pieces for The Guardian and The Independent which often contain anti-imperialist, feminist, and anti-fascist subjects.

She attended the University College London where she earned two degrees. She started gaining attention when she appeared on Piers Morgan and identified herself as a libertarian communist.

She is also known for her television appearances and appears as a broadcast journalist and commentator on several news programs and stations including Have I Got News For You, Question Time, and Good Morning Britain.

She was born and raised in London, England. Her great-great aunt is Pritilata Waddedar.

Other journalists and reporters also known for their appearances on the Good Morning Britain program include John Stapleton and Richard Madeley.

Ash Sarkar Is A Member Of