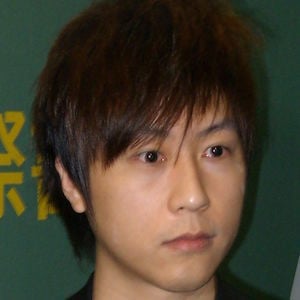 Singer and songwriter who began fronting the popular Taiwanese rock band Mayday in 1995. He is also the author of several books, including Happy.Birth.Day, Escape to Japan and Stairway to Heaven.

He studied visual arts and headed the guitar club at The Affiliated Senior High School of National Taiwan Normal University. He and his band performed as SoBand before changing their name to Mayday two years later.

His real name is Chen Hsin-hung. He has a younger brother.

He has been bandmates with drummer Guan You in Mayday.

Ashin Is A Member Of