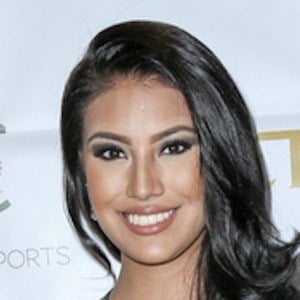 Widely known as the first Canadian and First Nation woman ever to be crowned Mrs. Universe. She achieved this milestone in August 2015 after finishing as the Canadian national runner-up during the 2013 Miss Universe Canada pageant.

She studied acting and drama at Concordia University at Edmonton.

She has starred as Sheila Delaronde in the Canadian TV drama Blackstone. She participated on the 2016 4th season of Amazing Race Canada with her stepfather.

She married her husband Ryan Burnham in 2015. She has one sister named Mariah. She was born into the Enoch Cree Nation outside of Edmonton, Alberta, Canada.

She has appeared alongside Eric Schweig on the TV series Blackstone.

Ashley Callingbull-Burnham Is A Member Of