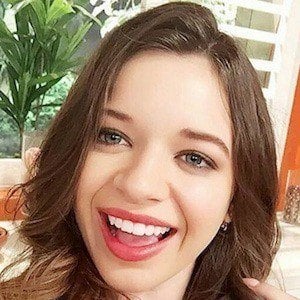 Cuban-American actress who landed her breakthrough role as Erica Lopez, the TV daughter of George Lopez on the TV Land series Lopez.

Her parents enrolled her in theater camp when she was young.

She was working at a tobacco shop when she got the call that she had booked the part on Lopez. She was attending College of the Canyons at the time as well.

She moved to Los Angeles, California from Texas to pursue acting in 2014. Along with her parents, she and her sisters grew up with their grandmother.

She stars alongside Hayley Huntley in Lopez.

Ashley Zamora Is A Member Of