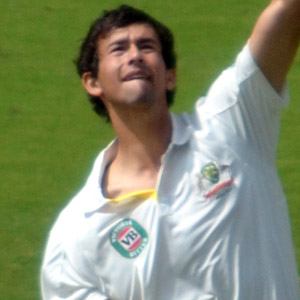 Left-handed batsman and left-arm spinner who debuted internationally for Australia in 2013.

He graduated from De La Salle College in Melbourne in 2011.

He competed for Australia in the 2012 Under-19 World Cup.

He was born to an Australian father and a Sri Lankan mother.

Ashton Agar Is A Member Of