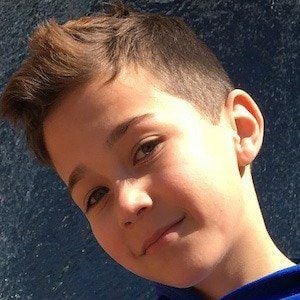 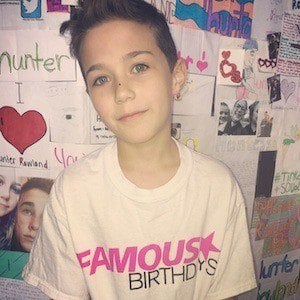 Youngest brother of social media talents Hunter Rowland and Brandon Rowland. He is verified on TikTok and has an active fanbase on Instagram of over 650,000 fans. He's also popular on Snapchat.

He has traveled to Mexico, Las Vegas and Los Angeles with his family. He enjoys singing and riding his bike.

He travelled overseas with his brothers on the MagCon Tour. He is homeschooled with classes that include music, art and literature.

His mother Christine is a model and is gaining a popularity on her own. He has a half-sister named Alexa. He has a cat named Tabu and a dog named Harley.

He has done posts on both Instagram and TikTok with Ruby Rose Turner, whom he briefly dated in 2017.

Ashton Rowland Is A Member Of