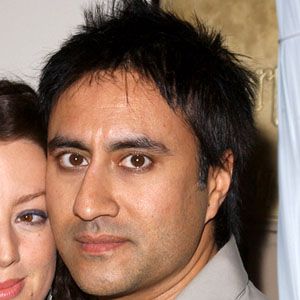 English-born Canadian drummer known for his work with ex-wife Sarah McLachlan. He also performed with Rufus Wainwright, Greg Keelor, and Tara MacLean, among other musicians.

He started playing drums when he was seven years old and later attended California's Musicians Institute.

He played drums for Lilith Fair and Bass is Base.

He was married to Sarah McLachlan from 1997 to 2008; they had daughters, India and Taja.

He worked with Stevie Nicks on her album Trouble in Shangri-La.

Ashwin Sood Is A Member Of