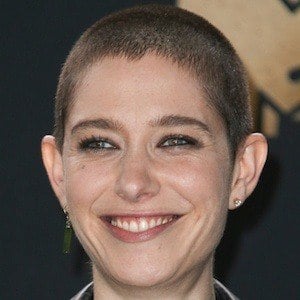 Actor first widely known for their portrayal of Brandy in the hit Netflix series Orange is the New Black. They went on to play Taylor in Showtime's Billions.

One of their first major acting roles was playing Jocelynn in the 2014 feature film Hitting the Wall.

Outside of their acting roles, they have served as the producing director for MIRROR/FIRE productions.

They identify as non-binary and prefer they/them pronouns.

In Showtime's Billions, they star opposite Paul Giamatti and Damian Lewis.

Asia Kate Dillon Is A Member Of