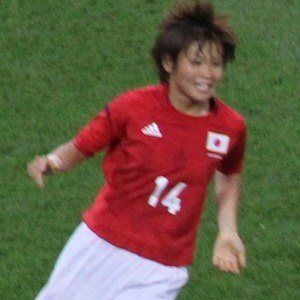 Japanese international midfielder known for being a member of the team that won the 2011 FIFA Women's World Cup. She also won silver at the 2012 Olympics.

She played her youth soccer with Speranza and Tokiwagigakuen until making her professional debut in 2007.

She's played professionally with Kobe Leonessa and Frankfurt. She won the Empress's Cup every year from 2010 to 2012.

She grew up in Osaka, Japan.

She and Japan beat Hope Solo and the US to claim the 2011 World Cup.

Asuna Tanaka Is A Member Of