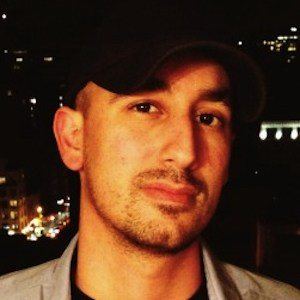 Music executive and record producer who became the Global Director of Artists and Repertoire for Warner Music Group in January 2013. He is also the owner and CEO of Plush Recording Studios and a founding partner and producer of the production team called The Agency.

His career began in making music as a singer-songwriter for the rock band Atomic Tangerine and toured with Simple Plan and Jimmy Eats World. He then became an electronic musician and DJed frequently under the name DJ 8on. He founded Plush Recording Studios in August 2007 and created The Agency, working for high-profile musicians on both sides. He was then hired by Warner Music Group.

He moved from Florida to Los Angeles for his Warner Music Group job.

He has produced many hit singles, including Jason Derulo's "Talk Dirty" as well as "Wiggle" and "Bad" by David Guetta.

Aton Ben-Horin Is A Member Of