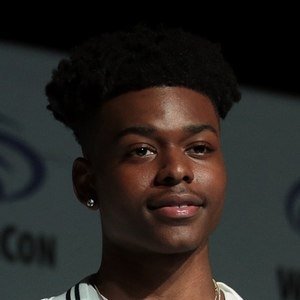 Actor who is famous for portraying the titular character Tyrone Johnson/Cloak on the Freeform Marvel TV series Cloak & Dagger. He debuted during the pilot season in 2018.

He earned his first big break as an actor when he was cast to play young Simba in the Broadway production of The Lion King.

He appeared as Curtis "Legs" Banks in the 2015 action film Run All Night. He previously appeared in a 2014 episode of Law & Order: SVU.

His brother is rapper Choppy Chan.

He has appeared alongside John Turturro in the 2014 comedy drama film Fading Gigolo and the 2016 HBO drama The Night Of.

Aubrey Omari Joseph Is A Member Of