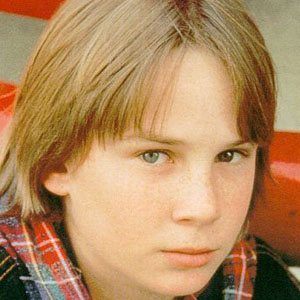 American actor known to moviegoers as Danny Madigan in the 1993 film Last Action Hero and to television junkies as Joshua Greene in the series Promised Land.

He had early film roles as Peter Parkette in The Lawnmower Man, as Jerry in Prehysteria!, and as Nick Zsigmond in My Girl 2.

He has appeared in episodes of the long-running television series ER and Bones.

He has an older sister named Amanda and younger brother Trever, both of whom are actors. In 2006 he married Kristin Wurgler.

He had a minor role as Whiz Kid in the film Apollo 13, starring Bill Paxton.

Austin O'Brien Is A Member Of