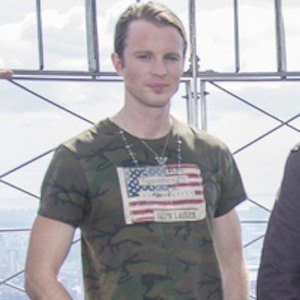 A cappella singer known for being part of the group Home Free. They won season four of Sing-Off in 2013 and released the Top 40 album Crazy Life in early 2014.

He was performing on Royal Caribbean cruises when he met Home Free, which was also performing for the company. When the group's lead singer left in 2012, Brown was brought in as a replacement.

He studied musical theatre at Oklahoma City University and has been part of The Voices of Liberty.

He grew up in Tifton, Georgia with his sister Allison. He's dated model Olena Noelle.

He's performed with Chris Rupp as part of Home Free.

Austin Brown Is A Member Of