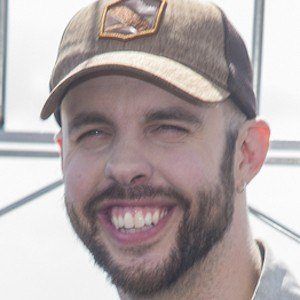 A capella singer best known as a founding member of Home Free, the group that won the fourth season of NBC's Sing Off. The group has since earned a recording contract with Sony and released well over half a dozen albums.

He earned his first paid singing gig at the age of sixteen at a wedding.

He announced the release of his solo album Shine for January of 2016.

His brother Adam is also a member of Home Free. He has a sister named Tristin who is an actress and singer.

He and the rest of Home Free competed on NBC's Sing-Off, a show hosted by Nick Lachey.

Chris Rupp Is A Member Of