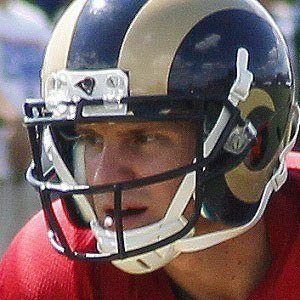 Quarterback who set school records and won the Conerly Trophy during his college career at Southern Miss. He later made his NFL debut with the St. Louis Rams in 2014.

He was a four-year letterwinner at West Lauderdale High School in Collinsville, Mississippi.

In 2014 he completed 18 of 21 passes against the Seattle Seahawks, the highest completion percentage versus a defending Super Bowl champion in NFL history.

His brother Bo and cousin Jason are professional baseball players.

He came in for an injured Sam Bradford during the Rams' 2014 season.

Austin Davis Is A Member Of