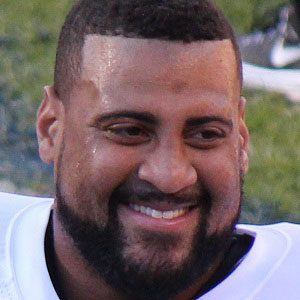 Offensive tackle who made his NFL debut in 2010 for the Philadelphia Eagles.

He played college football at Northern Iowa, where he twice was a second-team All-MVFC selection.

Despite having an up and down start to his career, he was rewarded by the Oakland Raiders in 2014 with a five-year, $30 million contract.

His brothers, Aaron and Marcel, both played college football.

Austin Howard Is A Member Of