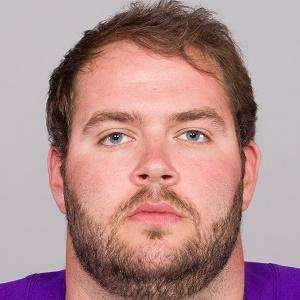 Two-time BCS National Champion guard for the University of Alabama's football team who was drafted in the seventh round by the Minnesota Vikings in the 2015 NFL draft.

As a junior and senior in high school, he helped his team reach a record of 24-2. He was a three-star recruit coming out of high school.

As a two-year starter at Alabama, he only allowed 2 sacks in those seasons.

He proposed to his girlfriend Jenna King at the Children's Hospital in Birmingham in 2014. The couple married in July of 2015.

He was coached by Nick Saban during his entire stay at Alabama.

Austin Shepherd Is A Member Of