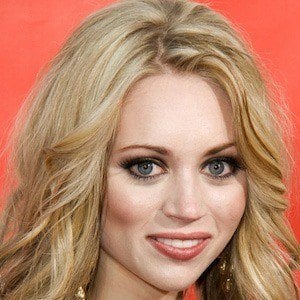 Principal actress in notable films such as American Reunion, Barely Lethal, Last Vegas, and Million Dollar Arm. She previously had recurring roles on TV in Devious Maids and Vampire Diaries.

She began training as an actress in 2011. She was a stunt girl who performed karate in the movie Mean Girls 2.

She was certified as a third degree black belt and became a martial arts instructor. She studied at both Gordon College and Georgia State University, the latter as a film major and journalism minor.

She cast in a 2017 movie called Fist Fight that features Charlie and Max Carver.

Autumn Dial Is A Member Of