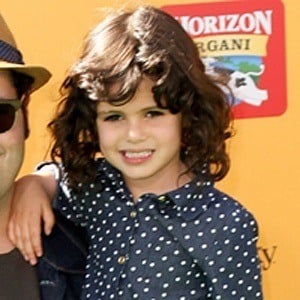 The eldest daughter of Frozen and Beauty and the Beast 2017 star Josh Gad.

Her parents were married in 2008. That was the same year her father had his first major roles in 21 and The Rocker.

After hearing her father's voice in the trailer for Frozen, she said "that's dada, more dada," causing her father to burst into tears.

Her mother, Ida Darvish, is a television producer. Her younger sister, Isabelle, was born in 2014.

Her father starred in the 2017 adaptation of Beauty and the Beast opposite Luke Evans.

Ava Gad Is A Member Of