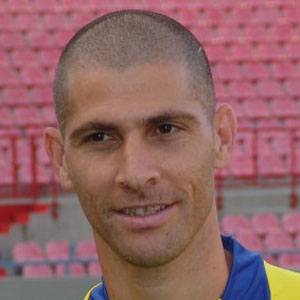 Midfielder and second striker who played from 1990-2008, primarily for Maccabi Tel Aviv, and also for Israel's national team from 1992-2006.

When he retired in 2008 he was Maccabi Tel Aviv's highest scoring player ever, and his number 8 jersey was retired.

His family has lived in Tel Aviv, where he spent most of his career.

When he retired he was one of the top-10 goalscorer's on Israel's national team, alongside star Yossi Benayoun.

Avi Nimni Is A Member Of