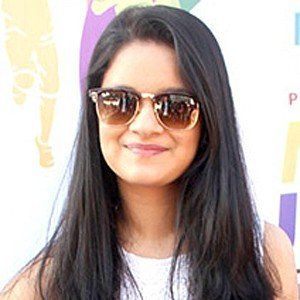 Actress known for her television debut playing Jhilmil in the soap opera Meri Maa. She has since made her film debut in the 2014 movie Mardaani and gained popularity portraying the lead character of Khushi in Hamari Sister Didi.

She participated in the 2012 season of Jhalak Dikhhla Jaa, India's version of the BBC's Strictly Come Dancing.

Her mother's name is Sonia and she has a brother named Jaijeet Singh. Her father, Amandeep, has grown a popular TikTok account at amandeep_nandra.

She acted alongside Asha Negi in the 2013 series Ek Mutthi Aasmaan.

Avneet Kaur Is A Member Of