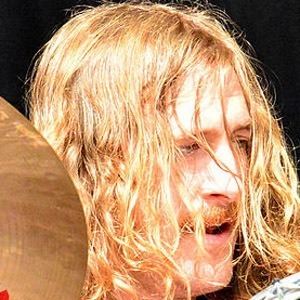 Drummer who played with the metal band Graveyard until their breakup in 2016. He chose not to return to the band in 2017 when they reunited.

He never took a drum lesson in his life. He learned by listening to Bill Ward and Mitch Mitchell.

Graveyard is best known for their 2015 album Innocence & Decadence.

He and Graveyard played alongside Slash on their 2015 tour.

Axel Sjoberg Is A Member Of