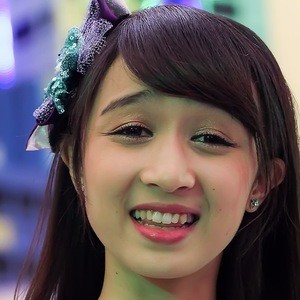 Japanese singer who's best known as a member of the idol group JKT48 and 4 Gulali. She has released several hit songs with the group such as Heavy Rotation" and "Gingham Check".

She appeared in ads for Pocari Sweat, Rakuten, Laurier, and Yamaha.

Her parents are Naomi Hatoyama and Ali Shahab. She has two siblings, Sakina and Zaki.

Ayana Shahab Is A Member Of