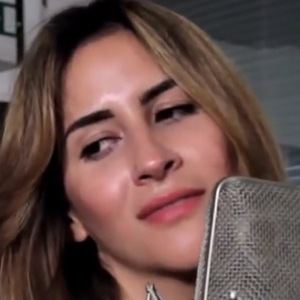 Pop star whose career took off in 2011 with the release of her solo debut, 12 Cesit La La La. The album earned her Best New Female Artist honors at the OMÜ Media Awards and Duzce University 1st Media Awards.

She began singing at age ten and gained experience in youth theatre productions.

Before going solo, she recorded one album with the band Surpriz.

Her parents are both of Turkish descent.

Among the many musicians she has collaborated with is Darin Zanyar.

Aynur Aydin Is A Member Of