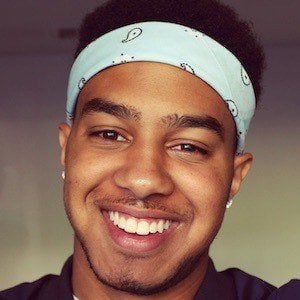 Voice actor, comedian and impressionist popular on YouTube who creates video game trolling, gameplay and commentary videos in addition to prank call and sketch comedy content. Some of his most popular impression videos feature Cleveland Brown of Family Guy, President Barack Obama and Ted the bear. He has more than 7 million subscribers.

He launched his YouTube channel with the username HeyitzAzerrz in November of 2012.

He put out an app called Azerrz Sounds that contains the official soundboard of Azerrz. In 2020, he was cast as the voice of Family Guy's Cleveland Brown.

His real name is Arif Zahir and he was born in Berkeley, California.

He has collaborated with fellow YouTuber Best In Class on his video titled "Secret Voice Impressions #2."

Azerrz Is A Member Of