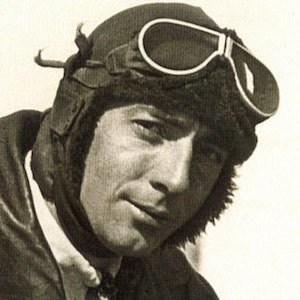 Daredevil pilot who performed some of Hollywood's first aerial stunts.

He worked as a racecar driver in his younger years.

He died at the age of thirty-one during an aerial show. An investigation into the crash uncovered evidence of tampering, indicating that DeLay was murdered.

He and Paul Mantz were fellow stunt pilots in Hollywood.

BH Delay Is A Member Of