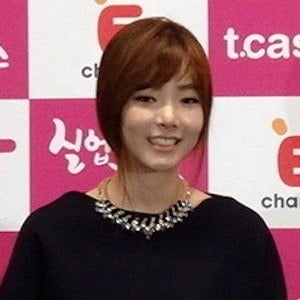 Pop star, actress and host who originally came to fame as a member of the K-pop group The Red. She has gone on to release solo albums like Flying (2007) and served as the host of music shows like POP and MBC's Music Show.

She was a theater and film student at Sangmyung University.

She was made the official spokesperson for the MMORPG Luna Online.

She appeared alongside Kan Mi-youn in the music video for the Banana Girls' "Chocolate."

Bae Seul-ki Is A Member Of