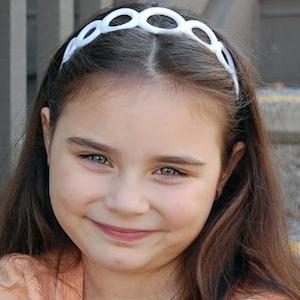 Known for her starring role on the series See Dad Run as the youngest daughter, Janie Hobbs, she previously landed a small role in the third installation of the Paranormal Activity horror film franchise.

She took part in dance classes starting when she was 3 years old and has enjoyed entertaining people ever since she could walk and talk.

She performed in several national commercials and print jobs upon moving out to the west coast from South Carolina with her family.

She has a twin brother named Tucker and sister named Jessica.

She plays the daughter of Scott Baio's character on See Dad Run.

Bailey Michelle Brown Is A Member Of