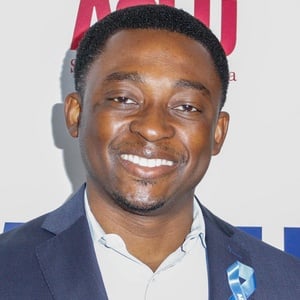 Ivorian actor notable for his performances on high-profile series including The Sopranos, Grey's Anatomy, ER, and Law & Order. He also had a regular role as Young Wyclef Jean in Wyclef in America.

His earliest feature film credit is for I Think I Love My Wife and an early television credit of his is in the episode The Happy Place of the series CSI: Crime Scene Investigation.

He had notable roles in the Steven Soderbergh directed film Contagion and the Academy Award nominated film Beginners.

Though he was born in the Ivory Coast, he grew up in the south Bronx and Richmond, Virginia.

He appeared in the film Sympathy for Delicious, starring Mark Ruffalo.

Bambadjan Bamba Is A Member Of