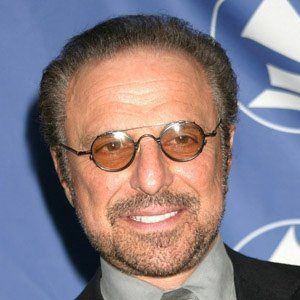 Collaborated on songs such as You've Lost That Lovin' Feeling and Somewhere Out There with wife Cynthia Weil.

He studied architecture while in college but dropped out a year later to pursue a career in music.

He and his wife were inducted into the Songwriters Hall of Fame in 1987.

He and Weil married in 1961 with whom he fathered a daughter, popular psychotherapist Dr. Jenn Berman.

He and his wife worked with Phil Spector on the song You've Lost That Lovin' Feeling, which became the most-played song of the 20th century.

Barry Mann Is A Member Of