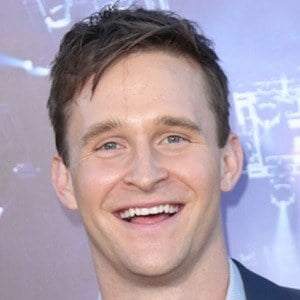 Actor, writer, and producer who played David Thomson in the 2011 film Courageous. He also appeared in A Place in the Heart, Touched by Grace, The Matchbreaker, I'm Not Ashamed.

He received an athletic scholarship to join University of Florida Collegiate Track and Field team.

He had the opportunity to interview Jennifer Garner for Miracles from Heaven in 2016.

He married Molly Davies in June 2014.

He starred as Shaw 408 in the 2014 film Rumors of Wars alongside Eric Roberts.

Ben Davies Is A Member Of