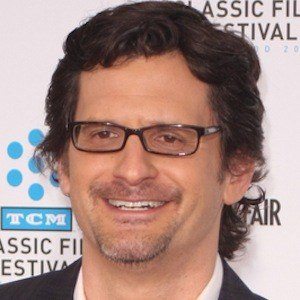 Radio and television personality most well recognized as a commentator on YouTube show The Young Turks, a film and television critic for What the Flick, and host for several programs on Turner Classic Movies.

After studying at Tufts University and Columbia University, he began his career as a reporter and anchor in South Carolina.

He has made cameos in a number of popular films such as The Bling Ring and White House Down.

The son of Holly and Frank Mankiewicz, his father was a renowned journalist and president of NPR. His cousin, Tom, is a screenwriter known for a number of James Bond films. His grandfather, Herman, and great uncle, Joseph were both critically acclaimed screenwriters. His brother, Josh, is also a popular news reporter.

He and Ben Lyons replaced journalists Roger Ebert and Richard Roeper on ABC's long-running film criticism series At the Movies.

Ben Mankiewicz Is A Member Of