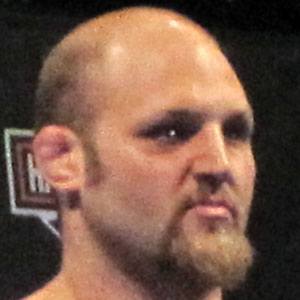 Heavyweight MMA fighter who turned professional in 2001. He began his UFC career in 2009 after going undefeated in IFL competition.

He started training in martial arts at age 17, under Dave Strasser.

He achieved his first UFC Knockout of the Night against Brendan Schaub on April 21, 2012.

He has a daughter named Alexis with his wife Jennifer DeBoer.

He defeated Roy Nelson with a split decision on April 7, 2007.

Ben Rothwell Is A Member Of